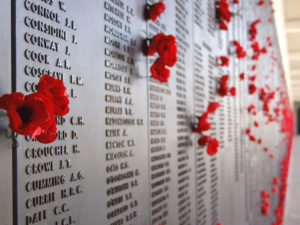 Anzac Day. It’s the day we remember the fallen and honour the flag they fall under. Whilst we deify the ideals they fought under, we acknowledge the great cost to this nation in its infancy. They weren’t just men, they represented a drain on this country’s talent. They were all volunteers, entrepreneurial in their own rights who left this land and were lost forever.

We broke our virginity as a nation, as blood was spilt on the hills of Gallipoli a country learnt what it was to be a small nation amongst super powers. The British used and abused our Australian men and treated them with the value of monopoly money. As it is when you are spending someone elseâ€™s money, they didnâ€™t care or exhibit any responsibility for our loss. The Australians were sent up a hill at Gallipoli only to lose their lives. We werenâ€™t Britains, and the British used us in a futile task. We invested on the Brtis say so, and lost accordingly.

I recently heard John Williamson sing â€˜The Band Played Waltzing Matilda. A line caught my attention ‘We buried ours and the Turks buried theirs, and we started all over again’.

What caught my attention was that this was a battle fought between Australia and Turkey. The First World War was essentially a battle between two super powers: Britain and Germany. Neither country who suffered so much fought for themselves. They were assisting another in their egotistical push for predominance.

Apart from the Second World War where we fought in the Pacific, Australians have always fought for others. For Britain in the Boer War, the First and Second World War. Alongside the Americans in Korea, Vietnam and the Gulf. We have fought for causes of peace and democracy and have suffered greatly. On a day like today we should remember those ideals, but never forget those who mistreated our talent and the cost they exacted.