Hello, hello! Who’s down there? 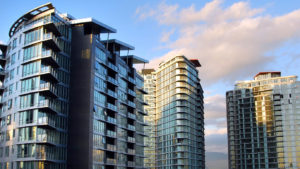 This is the story of a property manager who got quite a shock at a routine inspection. This story takes place during an inspection where a second premises was found and a new sub-tenant discovered in residence.

This eastern suburbs agent had rented out a property to an overseas business person. Entrepreneurially, the tenant decided to put up a wall and separate the premises into two distinct properties. She then went on to sub-let the other part of the property to a new sub-tenant. This was all done without consent.

The tenant has undoubtedly breached the tenancy agreement. They have made alterations to the property without consent, and sub-tenanted the place without further permission. Its not like renting a room to a friend, its creating a separate premise and sub-letting it to another. It is a breach, and therefore the landlord could issue a 14-day termination period.

Here is where it becomes confusing: the tenant and the sub-tenant came into conflict before this inspection and had gone to NCAT. Yes, the illegal tenant still has rights under the Tenancy Act 2010 and therefore took action against the tenant for failure to repair issues on the tenants sub-let premise.

The agent turned up to represent that landlord’s interests, but the members of the tribunal refused to hear from the agent or the landlord and dismissed them from the room. The member in his wisdom cancelled the tenancy agreement from a particular date. Now we have, a tenancy agreement which is terminated with a sub-tenancy still in place.

Under the termination notice, the tenant must vacate. The tenant did, but the subtenant didn’t. Effectively, vacant possession has not been obtained from the tenant. They still have a wall and a subtenant residing in the premises. In effect the sub-tenant is a squatter and cannot be removed without an application to the Supreme Court.

The agents made an application to NCAT to have the termination notice enforced. She asserts to the tribunal that the lease is at an end and that a new lease could be put in place. The agent is lucky that the subtenant is willing to stay on and rent the whole premises. The problem is that, we still have a head lease in place which is not yet terminated.

The tribunal is not recognising the relationship between the subtenant and the landlord. They are also not acknowledging that they need to terminate the tenancy agreement between the landlord and the tenant.

Just think, if they enter into a new lease with the sub-tenant without gaining the guarantee that the first lease was terminated, it could be argued that the landlord has locked out the first tenant.

This is simply a lesson in that, even though the law is clear, we live in a human legal system with human frailties, and this means that something which is clear becomes illogical.