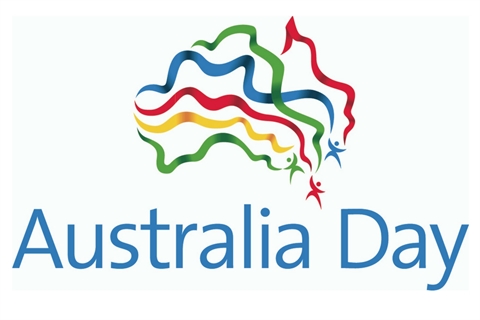 Australia Day 2018 represents 230 years of the European Settlement in New South Wales. Australia has more assets and more to offer than most places in the world, but its society is flailing in quicksand. The people’s relationship with Australia is a bit like a stale marriage. You love your partner however the behavior doesn’t sit well with you.

Australians have always been strangely proud of our tall poppy syndrome; those who are successful are pulled back down to earth. Some of us would say that it makes us salt of the earth people whilst others believe that it is punishing success.

2017 showed that Australians love to hate. Worst of all, we demonstrated that we love to hate each other. We love those who agree with us, and hate vehemently those who disagree with us. It’s confusing, because those we love today, we can hate tomorrow. Late last year, a person wrote on my blog that, “your opinion doesn’t count”. To which I responded, “my opinion does count. Well, at least for those who agree with me.” It was meant to be funny, but anything hilarious usually has some relation to the truth. Australia is divided, it just likes to hate each other and hate each other’s viewpoints.

Australia Day has become a victim of this level of hate. Councils in Victoria have determined not to celebrate Australia Day, and there is now a national conversation regarding moving Australia Day.

Australia’s Indigenous population refers to the 26th of January as “Invasion Day”. This depiction of a war between Britain and the Aboriginal nations is not a true reflection of the reality. Moreover, calling it “Invasion Day” causes those who are on the other side of the debate to think that, “if there was a war, we won and therefore we deserve the spoils of war”. Neither viewpoint serves to help a nation grow up.

One of the other arguments is that we are now a multicultural country, and our European heritage is no longer important. My father came to Australia in 1947. Yes, he was European, but he is a descendant of the Romani Gypsy. The Roma are stateless and have no nation since they have been kicked out of countries by people all over Europe and the subcontinents of Asia. I am a direct descendant, but I still love Australia Day. Not because it is European Australia Day, but because it is a day that all Australians are meant to celebrate.

Lets be a little bit more factual than emotional! The 26th of January 1788 was the day that the European Settlement arrived in New South Wales. It is not Australia Day, because each of the settlements throughout Australia were quite separate. In fact, until Federation, we were six separate colonies that had separate statehood. Each of the other states have their own various settlement day celebrations. It is interesting that none of those days are referred to as “Invasion Day”. Therefore, the 26th of January is not necessarily a day that is historically factual as the day when Australia was settled.

When Captain Arthur Phillip walked up the shores of Sydney Cove in 1788, there were reportedly 300 Aboriginal nations. There is no evidence of how many nations there were, but the Aboriginals were not a homogenous society. Each of them had their own nations, spiritual beliefs and culture. Unfortunately, we don’t have a day in history when the first Australian walked over the icecaps during the Ice Age and first came to Australia 40,000 years ago. Maybe if we did, this could be depicted as Australia Day.

If we are not wedded to Australia Day then what day is appropriate? The only day, which is common to all parts of Australia, is the 1st of January 1900, when Australia became a Federation. Will this satisfy everyone? It will probably revive these three disputes amongst the indigenous:

An alternative is Anzac Day. But, do we really want to interfere with that holy day which represents those who lost their lives fighting under the flag of Australia. Furthermore, do we want to represent war as being the most critical part of Australian Heritage. It does not seem to be a better alternative. Anzac Day is phenomenal and should be left as it is without interference.

The Yanks had a lucky break! They had the execution of the Declaration of Independence to rely on. We, unfortunately, don’t have such a break.

It would be wonderful if somebody could find me a date, which all Australians could celebrate as Australia Day, other than the 1st of January or the 26th of January. Is there some day in history, that is not a contentious date, upon which all of us can celebrate Australia?

If I were to pray for Australia on this Australia Day, I would pray for a statesman or woman who could lead all Australians into a better life. We need somebody who can talk about having a country where all of us can live better. We need it. There is far too much power in hate to resolve the differences. If we resolve the problems of Australia, the constitution and the flag, what is the future of the activist?

If we can’t find a statesman or woman, can we find that which will allow Australians to be Australian and to love Australia?