Can Malcolm Turnbull be a level 5 Leader? 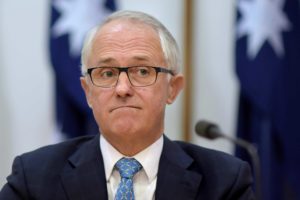 We know that Malcolm Turnbull is intelligent! We know he is rich! We know he has established a successful merchant bank! And we know he has friends on both sides of parliament! But is he a level 5 Leader?

In Jim Collins’ book, ‘Good to Great’ the issue of leadership was examined. ‘Good to Great’ was a study undertaken by students at Stanford University into what makes a ‘great’ company. It was based on public data and determined that having a ‘Level 5 Leader’ was the most important factor to success.

If you consider that success is driven by being able to make the right decisions most often, the right decision may not always be in the leader’s best interest. Collins’ determined that Level 5 leadership related to a person’s ability to make divisionary decisions which are correct, but sometimes not in the best interests of the person in charge. Collins referred to Gillette, where their CEO Colman Mocklar had refused a buy-out of the company, which cost him many millions. Within three years, Gillette had moved to number one in their industry. The day that the New York Times announced Gillette as being on top of the word, Mocklar had a heart attack: robbing his family of a fortune. He was able to make a decision in the best interests of the company, but not in his best interest.

Does Australia have that leader? Does Malcolm Turnbull have the level 5 leadership skills which allow him to make the best decisions and place the best people on his front bench to achieve the best outcome for Australia? He has been thrown a lifeline which will allow him to be courageous and would allow him to force through a new direction.

Politicians before Mr.Turnbull have always worried about their own leadership and made decisions for a populace outcome. A good friend of our PM was Neville Wran the former Premier of NSW. ‘Nifty Nev’ as he came to be known won his first election in 1976 by two seats. The next two elections culminated in landslides. Wran realised that the product of success in politics was to do things. The architect of equality, the environment, the de-criminalisation of homosexuality all lead to a leader who won elections. If Wran could reach out from the grave to talk to his old friend, he would advise him to do something and rather than contemplate.

Unfortunately, Wran once said publicly when working with Whitlam and Turnball, “I’m surprised I had the smallest ego in the room”. Malcolm Turnbull’s ego may need to be put aside if Australia is to receive the leadership it needs in a fragile economic environment.