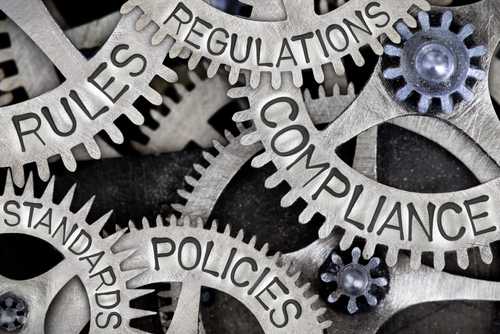 The soap opera that starred Tim McKibbin of the REI and Mat Keene, Minister of Fair Trading, late last year was a plot straight from the Game of Thrones. Two princes of the property industry at loggerheads over policy whereby a pretender was attempting to dethrone the incumbent prince. The pretender being Tim McKibbin and the prince being Matt Keene.

The world outside the real estate industry could not have given the time of day for the debate. The word ‘coregulation’ was familiar to them as a technical term for a plant or some foreign disease. In a marketplace where people are unable to obtain finance, the biggest investments were plummeting in price and the Christmas period drew the focus of the average punter, leaving the debate to the egotistical.

What happened: a discussion paper was published in 2016 that considered the concept of coregulation. Coregulation was industry bodies having shared responsibility for regulation of the industry and monopolising the continuing professional development marketplace. It was essentially a carrot given to peak industry groups to support the reforms. It was founded in the belief that coregulation would create a better consumer market place.

Somewhere in 2018, the likely REI principality became shaky. The governments promise of making REI the governor of the province of real estate became questioned. The concept of coregulation fell off the agenda and caused a rift between REI and the NSW Government.

Minister Keene indicated that it was the government which was best placed to conduct consumer protection. REI struck back by recommending that Fair Trading should no longer administer the industry. It should be some other organisation. The REI took their bat and ball home and had said if we cannot be king, nor should you.

We, for some time, avoided wading into the turbulent waters of coregulation. My personal opinion is that, an industry group which is funded by business can never impartially regulate the industry. I will, however, attempt to traverse the difficult waters of this argument in as simple a manner as I can.

What we did not understand about the model was whether REI became the governor of all the industry. Hence, they were the licencing and disciplinary authority for all three industries or were we going to have three governors:
• The REI governing real estate and business broking;
• Strata Community Association regulating strata management; and
• The Australian Livestock and Property Institute regulating stock and station.

Obviously the other two peak industry groups would not want the REI to administer all the industry. Hence, if you wanted to hold more than one licence, you would need to contact each of the industries. You would need to be a member of all three groups if you wanted to have each of the licences. Moreover, you would have to comply with each of the codes of conduct, which may not be consistent with each other. In fact, a coordinated approach to education would completely be abandoned, causing absolute confusion in the industry. What you would obtain is a new level of red, green and blue tape to add to the overregulation already in our industry.

The rhetoric around coregulation is that it would create a better industry with higher standards. This is policy mumbo jumbo, it’s never facilitated by reality. No one had been able to indicate why industry regulation would provide better standards than allowing government to regulate the industry.

Let’s have a look at some comparative systems. The legal system is regulated by the Law Society. It is an association of membership which has a monopoly within the legal fraternity. It grants the licences and has the power of discipline. There is an Office of Legal Services Commissioner who also has the power to investigate and discipline those who breach professional standards.

The Law Society is governed by large law firms. The rank and file of the small legal firms throughout the industry are not considered at the top level. When applying for a licence, your application will be placed before the board, where your competitors will determine your future. History has shown that the Law Society has refused to grant people licenses who they consider as not fitting the industry. They may not have done anything wrong, but they don’t fit the category of people that the industry want.

If you ask any solicitor, the Law Society hasn’t represented their interest and believe it is only representing the big end of town. Moreover, the industry is not heard by government.

In 1995, finance brokers licences in NSW were deregulated. The industry was given the right to self-regulate. This gave birth to organisations like the Mortgage Finance Association of Australia (MFAA). You could not work within this industry unless you were an MFAA member and comply with their standards. By 2010, the Commonwealth Government introduced the National Consumer Credit Protection Act which required persons undertaking credit to obtain an Australian Credit Licence. Self-regulation for 15 years was a monumental failure.

Peter Collins was right! If you introduce private certifiers, they can only create a business by serving developers. Once they serve developers, their independence is obliterated. This has been highlighted in the Opal building in Olympic Park. Private certifiers looked after the developer which ultimately did not look after the occupants in the future. Is this the type of industry we want?

Frederick Hilmer, who published a report on National Competition policy indicated that regulations should be there for the purpose of the environment, the economy, safety and the consumer. Can an industry body that represents a trade ever fully represent the consumer? First, it is the government authority vested with the responsibility of regulating a marketplace that only hears all sides of the argument. Secondly, personal interest will always provide a guide for decision making. Regulation should never ever be made that does not protect the consumer or provides an equal playing field for competitors.

It is somewhat fantastic that we even think about the REI as the centralised body. It only holds about 15% of the industry as a member. If you are a member, you’re allowed to display the REI logo in your office. What do you do to get that? Pay a membership fee. When the REI had an opportunity to propose greater standards, they did not. They merely took the money to provide an accreditation which is not demonstrable of a higher standard. Moreover, should an organisation that represents only 15% of the marketplace, now have the ability to control the whole marketplace?

REI is a business. It provides training, superannuation, and other services to the real estate industry. A business should not be put in control of the whole marketplace, because they can only operate to benefit themselves.

None of us should criticise Tim McKibbin for his campaign to become the Prince of the real estate kingdom nor should we be upset about the REI trying to become the property government. The REI has self-interest, so why not try!

Coregulation: fantasy or reality? It’s a fantasy because coregulation will just mean alternate regulation by an industry body or bodies.

Unfortunately, what will be lost in the debate is Mr McKibbin’s submissions that we should have an industry body that just looks after property. Throughout the 90s, the Office of Real Estate Services and the Real Estate Services Council regulated the industry. I worked on both the inside and outside and would indicate that this was a model which operated. Whether it needs to be a separate office of an individual department is a separate question but an organisation which is dedicated to real estate, strata, stock and station and other aspects of the property industry is necessary within the industry. The issue of consumers in relation to small consumer complaints and motor dealers do not marry with the professional industry. This debate has been lost in the jousting in the game of thrones.