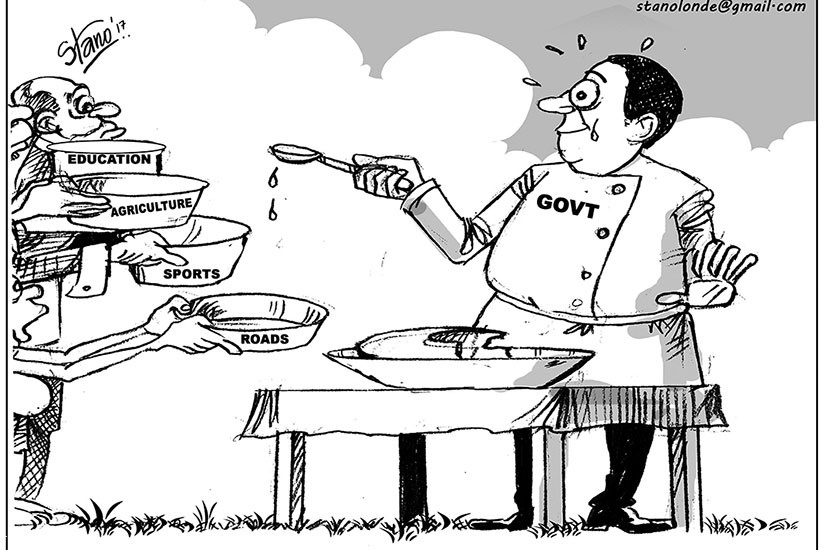 Peter Switzer wrote an article on the 26th of January 2018 regarding business people being bad leaders. He was obviously talking about Uncle Malcolm, and his nemeses across the pacific, King Donald. Mr Switzer, however, forgets governments aren’t  any good at doing business.

Governments are always bleating about no money. We don’t have enough money to do this and we don’t have enough money to do that. But I’m confused with the way they want to raise money. For the past three decades, various governments from different persuasions have sold the assets of government. Yes, some of those assets are worth being in private hands because they will do a better job with those services. That however is not always the case.

Profit means that the Government is earning a surplus from these businesses.  Why are we therefore palming off businesses, which could make money to reduce the deficit, like a failing property tycoon. Every time they get in a bit of a pickle, they go and sell another property and they will reduce the government deficit. They won’t look at reducing spending or making money, they just sell off another asset. What happens when property businesses collapse and they keep on selling off assets, sooner or later there will be no more assets to sell. Oops, all the bad habits come home to roost because you have nothing else to sell to support the bottom line. Governments are then forced to make really difficult decisions about cutting spending.

This is the first conundrum. The second conundrum is that they sell off things which should not be in private hands. For example, Dear Gladys has sold off the Land and Property Information Registry to a private practice. First, they have sold off something, which makes them money. Beauty, it does reduce the budget deficit and creates a surplus, but it means that when that surplus runs out, we just have to pay a few more taxes to cover that loss of income. Secondly, the power in Australian Property is the fact that we guarantee title. The Property Act 1900 (NSW) and it’s equivalents provide indefeasibility of title to all landowners. That means, if you are on the register, you are guaranteed title.

For those who don’t know, it is rare that any government will give a guaranteed title on Property anywhere else in the world. So, what do we do with this safe, powerful and extraordinary tool, we give it to the private sector to manipulate. These are my questions:

What I’d like to know is where is the press? We have all these political journalists who consider themselves investigative. Where are they? Why aren’t they informing the public about this? Maybe because scuttlebutt and rumour is far more profitable than dealing in facts and the truth.