Do we ever learn? 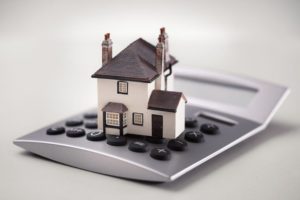 Do we ever learn? Do we have such short memories that we cannot remember what has happened in the last thirty years? The Labour Party’s frenzy to change negative gearing, which to some extent has been courted by the Liberal Government, demonstrates a lack of foresight, creativity, and most of all, illustrates a disrespect or ignorance of the past.

It was the Labour Government in 1985 which determined to get rid of negative gearing. The same rhetoric was about: stopping the rich from getting richer. What it did was, the rich put their money elsewhere and the poor had nowhere to live.

It was the Labour Government who decided in their wisdom to lift the cap on interest rates on homes. This permitted the crazy situation to occur in the late 80s whereby interest rates raised to 18 percent. The constituents of the Labour Party were the ones mostly affected. People could not afford to get into the housing market, but most of those in the housing market couldn’t afford their loans. It was a diabolical policy which did not help the marketplace.

As the last boom plateaued, then Labour Premier Bob Carr decided to cash in on what he thought was a property boom. He introduced the vendor duties. A 1% levy would be made on every person who sold a house. So what you had was, if you purchased a home you paid the government money, and when you sold it, you paid them money.

Anyone who was in the industry at the time can remember the impact. Within minutes of the announcement, telephones stopped ringing and the property market was sent into a decline.

Although properties are still selling and good prices are being received, the heat in the market has somewhat reduced. This again has come as a result of two government policies. Both Australian and Chinese.

The Australian property market is driven by two simple forces:

Whenever there is a high demand for property and an availability of cash, the property market in Australia is hot.

Rightly or wrongly, the now Liberal Government determined last year to put a cap on investment loans. Big banks were advised not to lift their book by more than 10 percent. Accompanying this policy was the restriction of getting money out of China. This stopped the availability of cash. Demand is still high but the banks and overseas money has restricted the growth.

Now, as the top comes off the market, government wants to stick their fingers into the housing market. First, it failed in the past, and there is nothing to say why it will succeed now. Secondly, it is just plain dumb and lacking foresight at the end of a property boom.

Anyone who bought their property in the last two years bought it at a peak. If property prices fall, there are three places where the economy will be affected. First, those who have bought properties as part of being a self managed retiree, will suffer a deficit in any of their investment properties which have been purchased in the last few years. This will affect the money they will have available in the future to not rely on the government purse.

Secondly, the banks will be adversely affected. If property prices start to fall, and interest rates go up, home owners may not be able to continue to pay their mortages. The properties will be returned to the market, but at a much lower rate. Those who have lent money against their mortgages will be put at jeopardy due to the failing property prices. For example, if a bank has loaned somebody 90%, and the property market drops, they have to foreclose on the house, they will be selling the property back to the market at a lower price than it cost them to lend the money. This happens right across the economy, it will affect all banks.

Thirdly, a drop in property prices will affect the housing market and the economy drastically. If property prices fall, it will affect those who have bought properties off the plan. A lot of properties which were sold in 2014 and 2015 had projected finish dates of 2017 – 2019. If property prices fall, none of these properties will value up at settlement. If they don’t value up at settlement, people will be unable to settle. Apart from consumers losing their 10% to the developers, these developments will go broke. They will be in a situation like we saw from 2006 – 2008 where property developers failed to complete projects because their properties could not value up.

The lack of foresight comes in because we never seem to be able to find another way but to cut public servants and increase taxes. Surely, the brains in Canberra who can, will develop new ways of making money and a new means of making reasonable cuts. A negative gearing policy is just negative for the economy.