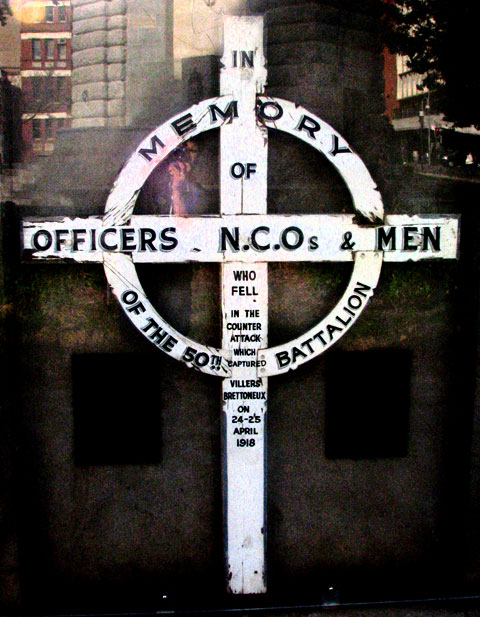 My two great uncles died at Gallipoli! I knew neither of them because both died in the early days of the war.  My great Uncle George was shot on 27 April 1915.  He only lasted two days!  My other great Uncle never made it off the beach.  Neither of them had children or left a wife behind, but they were both volunteers to a cause that they believed in.

There is a village in France that still carries signs 101 years after the war which states, “Remember the Australians”.  During the 1st World War, which is referred to as the great war, Australians were put into France to push the Germans back into their own country.  There are poppies which show across the Soames which represent where many of our volunteers lay after battles against the enemy.

In 1917/1918 Australians were put in Northern France to protect villages that were threatened by the enemy.  At a great cost, the villages were protected and were allowed to return to their normal life. Villers-Bretonneux was saved purely by the volunteer Australian Army.

I heard a story where a person was on a European Tour.  They pulled in at a service station to fill up, and upon entering the service station, the attendant asked where he came from.  The tourist indicated that he was from Australia, touring through North France.  His payment was rejected from the Service Station owner and he was advised that in these parts we remember Australians.

The question should not be whether we should have ever been there, but whether we did good when we were there.  Undoubtedly, the Australians did good there!

On Anzac Day, we remember those volunteers who fell in wars across the world.  Many question whether we should have been there, but on Anzac Day we remember the good they did whilst they were there.  For those who did not grow old, we honour you for the good you have done!