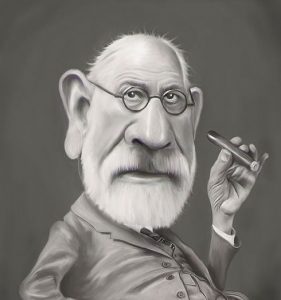 The definition of insanity is doing the same thing over and over again and expecting a different result. -Albert Einstein

If Einstein were alive today, he would be referring Real Estate Salespersons to Dr. Freud’s couch. We have seen two examples where agents repeatedly make the same mistake. Obviously, paying fines and losing commission is not sufficient incentive for agents to learn that government policy has changed.

Everyone knows that government policy is hell bent to stop over quoting to vendors, and under quoting to purchasers. The laws were changed in 2015 to require that estimated selling prices recorded on agency agreements and quotes given to purchasers must be upon reasonable grounds. Agents are still provocatively testing the boundaries and are demonstrating levels of insanity which cannot be reconciled with common logic.

Domain reports the case of Hocking Stuart (Richmond). This is a jurisdiction that doesn’t yet have the under quoting laws that currently exist in NSW. Hocking Stuart pleaded guilty to under quoting on 11 properties. Vendors were even advised that low marketing gave the ‘impression of a bargain’ and would enhance the vendor’s opportunity to sell.

In New South Wales you can now be fined $22,000 for each property under the Property, Stock and Business Agents Act 2002, and may face an extra $30,000 per property set by the Federal Court as a precedent. In other words, $52,000 per misrepresentation.

I have seen three agents in the past 7 days stretch the estimated selling price legislation to allow for low-ball marketing. If you cannot substantiate your price, you will run foul of the under quoting legislation and face enormous fines. It baffles us why agents would even try it.

One of the major concerns before the court, raised by Hocking Stuart was the effect on its representation in the marketplace. They know the damage and hope the court would show leniency. Well, they got no leniency and the report has been splashed Australia wide. The cost is not just monetary but in reputation.

We have also seen recently from a large franchise, over three offices, agency agreements that aren’t completed in accordance with s 55 of the Property, Stock and Business Agents Act 2002. The latest one, showed the head agent as a unit trust, which obviously cannot hold a licence. Additionally, the co-agent’s licence lapsed in 2012. Section 8(2) states that no commission is payable where no licence exists. They are not the first to do it.

All we can say, is we’re glad that none of these clients have been trained by Leverage. The risks are so high that programs should be in place to protect an agent’s commission and reduced the opportunity of prosecution.

Leverage has for some time offered compliance health checks. As a special deal, Leverage will undertake a health check and provide you with feedback regarding your liabilities for an investment of $1,200 plus GST and four hours of your time.