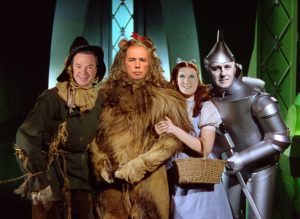 Someone is out of character

It has been leaked to Leverage that, the pantomime this year is going to be the Wizard of Oz. I understand its casts have been selected carefully and based on its special skills that the politicians bring to the table.

We believe this is a private performance, which is a pity, that we will not be there for this command performance by parliament. Many think that this happens every day at 2pm in parliament when question time is on.

For those who have taken me seriously, wake up! This is a “G” up and meant for humour purposes only.