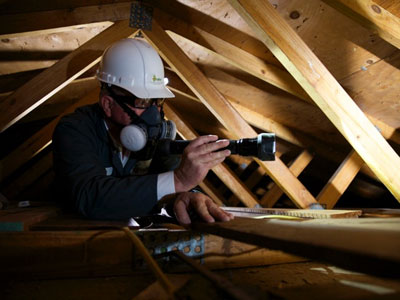 An effective litigator would, in these circumstances, sue the agent and the vendor for misleading and deceptive conduct. Section 18 of the Australian Consumer Law states that a person in trade or commerce shall not mislead or deceive or do anything that is likely to mislead and deceive. As noted in previous editions, misleading and deceptive conduct is not necessarily about falsification or fraud, it is simply about being wrong.

The report was sold by the agent as a means of representing the state of the property to the purchaser. The representation was wrong and therefore the agent carries a level of liability. Yes, if the agent were sued, they would cross claim against the pest and building inspector, but this does not remove the cause of action against the agent or the vendor. It is probable that a judge would apportion the blame between the parties, including of course, the pest and building inspector. In what percentage? No one knows. It’s yet to be tested …..

If I were an agent representing a vendor, and I was involved ed with obtaining a pest and building inspection, I would do two things:

In some ways, we wonder if it is even worth doing this. Pest and building reports are flawed because of the superficial nature of the inspection. The representation itself seems to leave the agent vulnerable. Quite possibly, the risk may well outweigh the reward!