Stick to your Processes 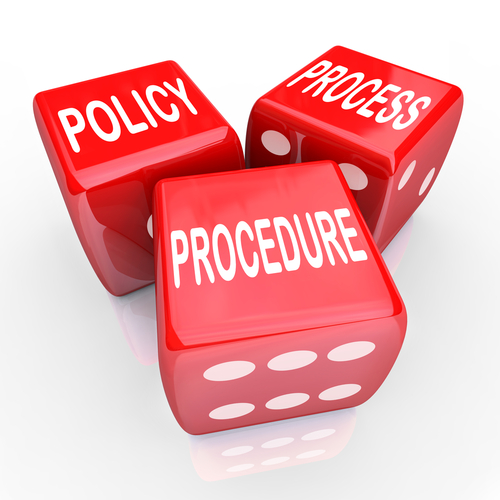 Sports teams always talk about “sticking to their processes”. They talk about the mistakes they make whenever they move away from those processes and try to apply strategies which are not in their playbook. What is interesting is that they have joined the concept of a mistake with failure to follow and execute their processes.

When you’re an asset manager, whether you are in strata or a property manager, your processes are absolutely vital. Our processes are normally encapsulated in our policies and procedures. They are usually enforced by following a checklist.

I had a highly experienced agency instruct us a few months ago in relation to a property management complaint. Some five years ago, the property they were managing had a rising damp problem. They sought a number of quotes from people who held themselves out as having the skills and qualifications to do damp courses. They chose a tradesperson who was not on their panel of tradesman. Their landlord also approved the specifications and the quote provided by the tradesperson. The tradesperson did the job and was paid for the work. In the last five years, there appears to be no damage in relation to rising damp.

About six months ago, mould appeared in the upstairs bedroom. Anyone who knows mould, knows that rising damp doesn’t cause mould in the upstairs bedroom. That is normally caused by lack of ventilation either through poor construction or by the occupants not providing proper cross ventilation by opening windows or doors. In fact, the expert who reviewed the damp on behalf of the property manager indicated that it was probably the slackness of the tenants not opening doors and windows which caused the damp. It definitely was not caused by the damp course laid by the tradesperson.

A dispute emerged between the landlord and the manager. The landlord identified that the person who made the damp course did not have the appropriate licence to do the work. They raised a complaint against the property manager and indicated that it was because of their lack of attention to detail that the mould appeared in the upper level.

Out of embarrassment or a fear of possibly losing a case in relation to this matter, the property manager settled. This means that, something that did not cause a problem, became a financial impediment to their organisation.

Asset managers have trade panels for good reason. It is a fundamental function of an asset manager to ensure that their tradesperson:

• Is appropriately licensed;
• Has all relevant insurances in place; and
• Has sufficient skills to undertake the job in a workmanlike manner.

We have the trades panels because we can:

• Have a register of licenses to ensure that the licence exists, and we can monitor when it needs to be renewed;
• We can obtain a certificate of currency to ensure that the appropriate insurances are in place to protect our client; and
• We know from experience that they are skilled, that is, they will do a good job or will always return to the scene of the crime to fix work which was not previously done in a workmanlike manner.

A simple failure to follow the processes and apply them with the normal policies and procedures of the organisation caused the financial loss. We can learn from our football heroes, “follow the processes” and in most cases, you will meet with success.