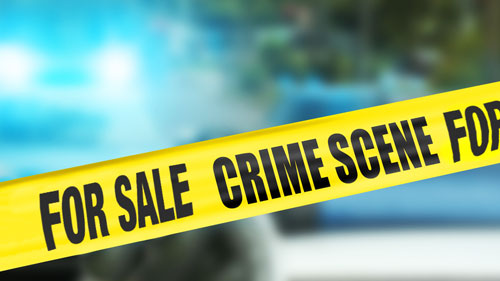 We often hear of the superstitions of elite sportsman when preparing or competing in a contest. For example, Steve Waugh had a lucky red handkerchief, which he used throughout his career. After a 20-year career, it was tattered and weather beaten but he took it on the field every time he was up to bowl. It seems no different with Real Estate. If a sale is to be achieved, a bit of superstition doesn’t hurt. It is not just the agents however; vendors and purchasers embrace superstition if it yields their objectives. Money may be the root of all evil, but financial outcomes have no boundaries.

Lets look at two stories, which prove this assertion:

The first happened about 12 years ago. It was in the height of the hysteria around the murder house case. For those who don’t remember, or it happened before your time, the Gonzales family mother, father & sister were stabbed & battered viciously many times by the son, Seth. An agent sold the house to the marketplace as a deceased estate. After purchasing the property, the purchasers learnt of the crime that occurred in the house 3 years before. Known as the “murder house” they reported it to the press and Fair Trading. This resulted in the celebrated case of Hinton vs. Commissioner of Fair Trading, which established principles around material fact. These are easily found online.

At the height of the hysteria, the “murder house” was considered strictly unlivable by the Chinese. According to many, Chinese culture that dictated you should never live in a murder house. I wonder where people lived after the Long March. There would have been many houses which had murders take place within them. This story shows that superstitious behavior can overcome this concern.

An agent showed a property in Lewisham. It was a beautiful house, which has been sold by the parents because one of their male children killed their brother. After showing the house, and taking offers from the young Chinese couple, the agent felt that they needed to make an important disclosure. She advised the couple that, “in that bedroom over there, a boy cut his brothers head off.” Colourful to say the least, but it was an absolute disclosure of material fact on the agent’s behalf. Seeing the trepidation in the couple, the agent suggested that they bring in a Catholic priest to do an exorcism of bad spirits. The young couple were not Catholic or even Christian. Nevertheless, they agreed excitedly to the agent’s suggestion. A Catholic priest was engaged and an exorcism was carried out on the house. Yes, the young Chinese couple did buy the property. By the way, they bought it for higher than the expected price.

You can be superstitious and it can be sometimes exactly what you need to facilitate your objectives.

The second story is that of a vendor. They had heard that the previous owner’s husband had committed suicide on the premises. Research could not confirm it. Contact with the previous vendor’s solicitor had rendered a negative response. Further investigations with the agents who’d sold the house previously and the previous vendor provided no such background information. Moreover, good old google shows that no such catastrophe occurred in that house. Don’t underestimate google for highlighting problems in a house.

The vendor was what you’d call a “skeptic”. No one has ever experienced any superstitious behavior from this person. Nevertheless, they hired a medium to come in a remove all bad spirits from the house. Did it work? Absolutely! The property sold the next week at a price accepted by the vendor. Superstition again prevailed and reared a successful outcome.

Is the vendor still a skeptic? Absolutely. It was just a lucky outcome. When questioned if they were superstitious enough to hire a medium, they said “If it works, it is worth it.”