Does your strata manager see you as an enemy? 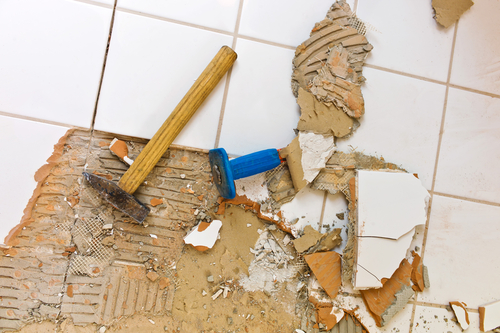 I thought the hatred between a profession and client is limited to the legal profession. One of Leverages solicitors many years ago was taught in the first class at the College of Law that, you should see your client is your first enemy. We don’t subscribe to that theory, however it is well accepted in the legal fraternity.

In recent times I’ve come to accept that strata managing agents think other agents in the same light. They think a strata manager as purely managing a construct in a set of rules. They’re so desensitized that they do not care about people who live within.

Leverage has a current matter where the client purchased the property in December last year. Prior to purchasing the property, he became aware of problems with his bathroom. In discussions with the strata manager, it was accepted this was common property and the repairs would have to be made.

As a means of providing time to have the repairs undertaken, our client sensibly rented a property for two months. By the middle of February, nothing had been done regarding the repairs. It was not until Leverage requested correspondence from the strata managing agent regarding the insurance claim that something was done. Our client had been advised that the insurance had rejected the repairs. We simply requested a copy of the rejection letter. The strata managing agent wrote back to us and advised that they had not advised our client that the insurer had rejected, but that the insurance would reject it. They then lodged the claim.

It took a further 28 days for the insurance assessor to do the job. Well, I should say it took them 14 days to get the assessors work completed. It was 28 days later we contacted the estate manager to chase up the assessment. The agent told our client that they did not have the assessment. Interestingly enough, after Leverage made a phone call to the assessor, he had advised it had been with the agent for over 14 days.

We are now in the middle of May come and they only just called the meeting. Our client has had to move out of the rental premises because the landlord was moving in after two months, and has taken up residence. He is currently showering outside in a portable shower. This will be comfortable at the beginning of winter. It seems to be completely dispassionate of the estate manager considering both the client, who is a single dad, is visually impaired and so is his blind son showering outside on the common property.

We wrote to the strata manager regarding our concerns. We indicated that complaints should be lodged to the office of Fair Trading regarding their lack of fitness to hold a license. The response we got from their licensee in charge was “Bring it on, do you want a telephone number”.

The strata managing agent suffers nothing when organising maintenance repairs for a strata scheme. The owners corporation must pay for common property as set out in section 106 of the Strata Scheme Management Act 2015. It costs them nothing to be compassionate, and to ensure that things are moved quickly to make it comfortable where necessary.

I leave it to you to judge, the strata manager in their role in this person’s discomfort. If this was an isolated case, we would not write about it here. Unfortunately, strata managers have forgotten that within those walls of a strata scheme there lives a human. It is their home and the shelter over their head. My client has been showering like a homeless person for over two months.

Is this the strata management industry that we want?