Truth Does Not a Defence Make 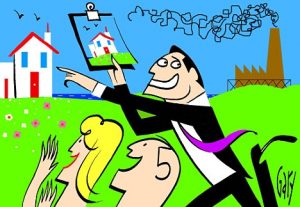 A person who engages in misleading and deceptive conduct is often thought of as somebody who has acted fraudulently. That is, somebody who has told a lie with the intention of obtaining a benefit. This could not be further from the truth in relation to real estate. An agent or a vendor can find themselves in trouble even when they are telling the truth.

Let’s look at what the law says first, Section 18 of the Australian Consumer Law states that “ a person in trade or commerce may not mislead or deceive or do anything that is likely to mislead or deceive”. These latter words which are highlighted often are what that forms part of a case. The highlighted words are the centre piece of any case of misleading and deceptive conduct.

In a case of Yorke v Lucas in 1985, the court said that even if an agent is telling the truth (to the best of their knowledge), if they are wrong, they have misled and/or deceived. The issue of misleading and deceptive conduct in relation to Real Estate agents was considered in the high court in Butcher v Lachlan Elder Realty (2004). The High Court said there were three things that needed to be present for a purchaser to be able to gain from the benefit of misleading and deceptive conduct:-

In the Lachlan Elder case, the sales agent had presented buyers with a piece of paper which contained a shrunken down survey. The purchaser had bought the property on the basis of this survey, but ultimately, it turned out to be wrong. The High Court considered that, the misleading conduct had occurred in that the statement was wrong; they felt that the Purchaser had relied on it, but did not think it was reasonable for the purchaser to rely on it.

I’ll return shortly to why the High Court felt that he shouldn’t have relied on it because it’s an important part of how you deal with your advertising as a Real Estate agent, developer or just a vendor advertising their own property.

In 2009, there was a case heard in the NSW Supreme Court of Zhang v VP302 & Ors. In that case, the agent had given a document which said that properties in the Zetland area would rise by 5.9% per annum for the next 5 years. In fact, between exchange and settlement, the property declined in price. The valuation at settlement was $28,000.00 short of the sales price. The court had indicated that the agent was wrong because the property did not increase in price, the purchaser had relied on it and it was reasonable for the purchaser to rely on it. Justice White found against the agent.

The important part of Justice White’s decision is that he felt that a purchaser/consumer should be able to rely on the statements of a Real Estate agent. The Supreme Court judgement means that, it is reasonable for a person to rely on a statement of a real estate agent.

“We gather this information from people we trust. We do not guarantee the information;
you should undertake your own investigation before proceeding”

If you are making predictions, any person advertising should be having similar comments, that is, you don’t guarantee the information and suggest that further investigation be considered. In the Zhang case, no such warning was provided.

This is not an indemnity. It is a warning and should be considered as a warning. The words used in Lachlan Elders should almost be followed word for word.

What happens if you have misled and deceived? First, the Contract can be voided; and secondly, damages can be awarded to the consumer. In Zhang’s case, they got both the contract ripped up and damages.

Always be careful about your predictions. Sometimes you will be wrong and that should be a reason for you to be careful in your statements and make certain that people undertake their own investigations.