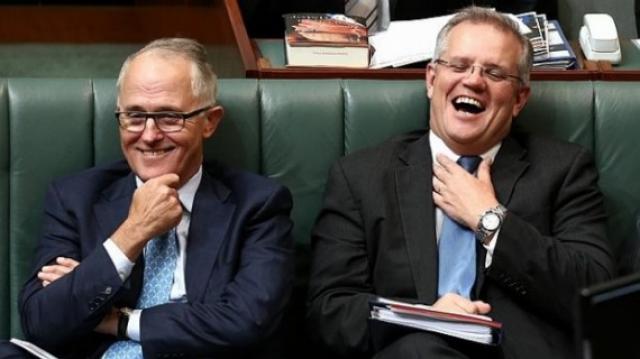 I should have wept tears of blood considering my feelings about respecting the office of Prime Minister. Whoever is there should be respected as our leader. They deserve some respect and support for doing what they’ve done.

Regrettably, I felt no tears for Malcolm Turnbull. What happened to him was exactly what he did to his predecessor Tony Abbott. Therefore, one should live by the sword that one draws.

The Australian people are fed up with it because it has now happened to us four times in the last ten years. Julia stabbed Kevin. Kevin stabbed Julia. Malcolm stabbed Tony. And Dutton stabbed Turnbull. The only saving grace for Australia is that the Brutus this time around will not be the new Prime Minister.

Scott Morrison was not the architect of the Prime Ministerial coup. All he did was stand for the head of the Liberal party when the position became vacant. Mr Morrison has had a foot in both camps of this Liberal government and hopefully he can draw both camps together. He has handed out an olive branch to the previous Prime Minister, Mr Abbott, to become the indigenous envoy. It is a starting point for them to bridge the gap between the factions within the group.

Unfortunately, this is not the first time this has happened. We still think that the last ten years is the only time that Prime Ministers have come to power based from attacks within their government. This is not true; Paul Keating came to power against Bob Hawke by undertaking a coup from the back bench when Bob sacked him as treasurer. Malcolm Fraser resigned as defence minister in 1970 as a means of bringing down Bob Gordon and bringing Billy McMahon to power. There are many other examples of this in our history.

As a side note, we should look to Peter Costello for his dignity. Like Keating, he had been promised that he would have his opportunity to be Prime Minister by his leader, John Howard. When Bob Hawke reneged on his agreement, Paul Keating mounted a coup under a Westminster system. When John Howard reneged, Peter Costello went to the election as the treasurer backing both the Liberal government and his Prime Minister.

Our Australian Constitution Westminster system allows for the few to change Prime Ministers at their whim. Without a referendum, we cannot change this habit. Unfortunately, we rely on the dignity of a few, like Peter Costello, to ensure that the highest office in the land is respected.

Let’s hope that the week that was isn’t the future that is! Let’s hope Scott Morrison can provide us with a direction and a group of people who are willing to govern for Australia and not politic itself.