Working in a War Zone 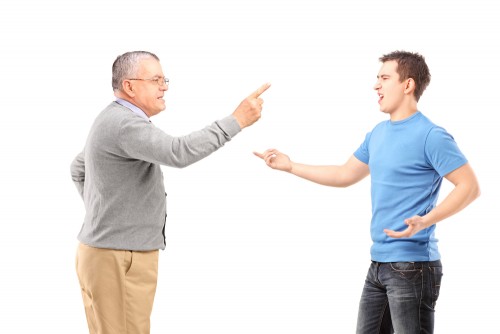 In my job of acting as an owner’s representative, I was requested by a number of owners to come along and represent them at an owner’s corporation meeting. I must admit, I thought that my owners were overreacting and that it was purely a neighbourhood dispute. I couldn’t have been further from the truth.

This owner’s corporation was about as dysfunctional as I’ve ever seen one. In fact, I believe it is absolutely dangerous because there is a powder keg which has been lit and may explode. I actually had to spend time with my clients, indicating that they needed to cool down because the police will be involved at some stage.

It was clear to me that the strata committee controlled the owner’s corporation. They were well versed in managing the proxies of others and scaring those who oppose them away from attending meetings. I initially thought it was a control game but after attending the meeting, there may be some greater issues at play which I am yet to identify.

Let’s look at one example. There were two motions placed on the agenda which were obviously not written correctly under the Act. The chairman allowed them to be placed on the agenda and then used his powers as chairman to strike those motions down as being unlawful. To accept the motion knowing you are going to strike it down later is obviously going to cause some dissention within the ranks.

A strata manager also struck some motions down as being illegal. When questioned about the law, he didn’t know what laws had been violated, but still struck them out.

The strata managers are there to represent all owners and not one group of owners in an owner’s corporation. By turning a blind eye to behaviour which is wrong, the strata managers themselves can actually be held liable for any damages which are suffered by others. Instead of the naughty strata committee being the ones who are held liable, a professional who has the insurance, is the one who will become liable.

Where strata schemes exist where the bias has been taken one way or the other, you need to find a strata manager who is versed in the arts of mediation and negotiation. It is not necessarily about being impartial, because none of us really are, it is about finding mechanisms and means of assisting the parties to reach decisions even though they hate each other. Too many strata managers take the viewpoint that we just need to be done and get out of there and let the parties fight their own battles. That is both negligent and quite frankly, dangerous.

A Justice of the Criminal Court of Appeals once told a story which reminds me about dealing with neighbourhood disputes. The story goes like this:

“In a Sydney suburb, two neighbours were in disputation over three wooden pylons. One day, the seven year old daughter of one of the neighbours, playing with a ball in the backyard, found it went through the fence and followed it. In following the ball through the fence,  she trampled upon all the plants of the next door neighbour. The next door neighbour came out of the house and yelled at the little girl who ran home crying. The two owners of the houses came to the fence and had a screaming match. Sometime after they returned to their kitchen’s seething until their husbands returned home. Their husbands both were sent to war on the front porches. They were having an argument when one of them went inside to grab a gun and returned to the porch saying that he meant to shoot it over his head. Unfortunately, he shot the man in the chest and killed him outright. One daddy dead and the other one in jail for life. All for 3 pylons.’

We can forget the fighting, we are not fighting for sheep stations or for issues of real principle. Little things can grow to quite a disastrous level. Both lot owners, belligerent parties and strata managers need to think quite clearly when disputes are becoming heightened.